Don't Let Me Down (Rehearsal) 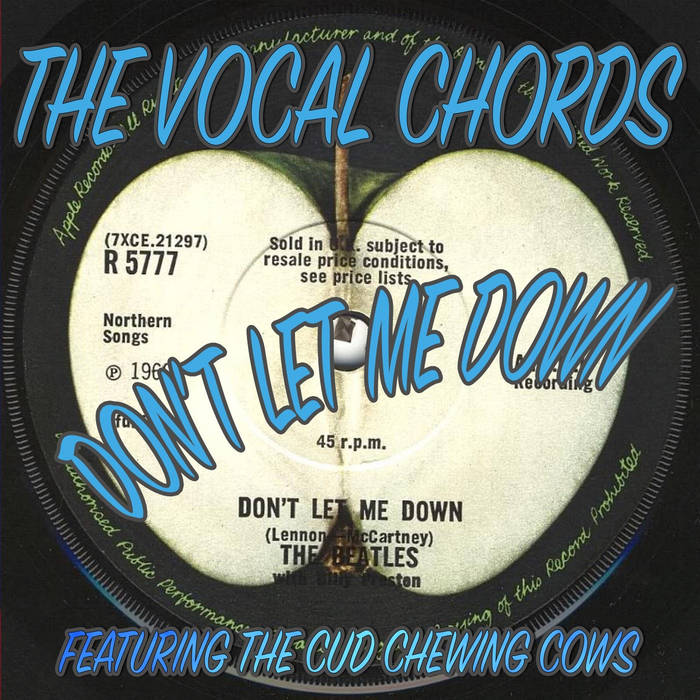 
Don't Let Me Down (Beatles song)

"Don't Let Me Down" is a song by the Beatles (with Billy Preston), recorded in 1969 during the Let It Be sessions. It was written by John Lennon and credited to Lennon–McCartney.

Written by Lennon as an anguished love song to Yoko Ono,[1] Paul McCartney interpreted it as a "genuine plea", with Lennon saying to Ono, "I'm really stepping out of line on this one. I'm really just letting my vulnerability be seen, so you must not let me down."[2] Lennon's vocals work their way into screams, presaging the primal scream stylings of the following year's John Lennon/Plastic Ono Band album.[3]

The song is in the key of E and is in 4/4 time during the verse, chorus and bridge, but changes to 5/4 in the pick-up to the verse.[4] It grew (like "Sun King") from the F♯m7- E changes from Fleetwood Mac's "Albatross" ("like she does" [F♯m7] "yes she does" [A, Am] "yes she does" [E]) with McCartney arranging instrumental and vocal parts and Harrison adding a descending two-part lead guitar accompaniment to the verse and a countermelody in the bridge.[5] Pollack states that "the counterpoint melody played in octaves during the Alternate Verse by the bass and lead guitars is one of the more novel, unusual instrumental touches you'll find anywhere in the Beatles catalogue."[6]

The B-side version of the song was included on the Beatles' compilations Hey Jude, 1967-1970 and Past Masters Volume 2 and Mono Masters. The same recording also appears on the soundtrack to the 1988 documentary, Imagine: John Lennon. In November 2003, an edit of the two rooftop versions was included on Let It Be... Naked.[3]

Richie Unterberger of Allmusic called it "one of the Beatles' most powerful love songs",[11] Stephen Thomas Erlewine of Allmusic described the song as "heart-wrenching soul"[12] and Roy Carr and Tony Tyler called it "a superb sobber from misery-expert J. W. O. Lennon, MBE. And still one of the most highly underrated Beatle underbellies."[13]

No official producer's credit was included for the single release owing to "the confused roles of George Martin and Glyn Johns".[16] However the 1967-1970 album liner notes credit George Martin as the song's producer.

“The Vocal Chords” are performing in this version.


“Don’t Let Me Down” Video directly