Because (A Cappella) [Beatles song] 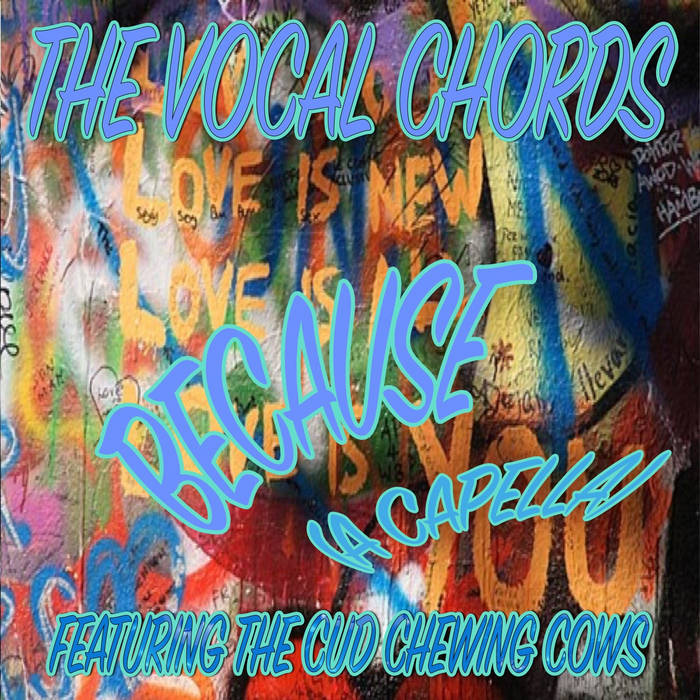 "Because" is a song written by John Lennon[1] (credited to Lennon–McCartney) and recorded by the Beatles in 1969. It features a prominent three-part vocal harmony by Lennon, Paul McCartney, and George Harrison, overdubbed twice to make nine voices in all. It first appeared on Abbey Road (1969), immediately preceding the extended medley on side two of the record.

The song begins with a distinctive electric harpsichord intro played by producer George Martin. The harpsichord is joined by Lennon's guitar (mimicking the harpsichord line) played through a Leslie speaker. Then vocals and bass guitar enter.

"Because" was one of few Beatles recordings to feature a Moog synthesiser, played by George Harrison. It appears in what Alan Pollack refers to as the "mini-bridge", and then again at the end of the song.

According to Lennon, the song's close musical resemblance to the first movement of Ludwig van Beethoven's Moonlight Sonata was no coincidence: "Yoko was playing Beethoven's 'Moonlight Sonata' on the piano ... I said, 'Can you play those chords backwards?', and wrote 'Because' around them. The lyrics speak for themselves ... No imagery, no obscure references."

With regard to the controversy Lennon initiated by citing Beethoven's "Moonlight Sonata" as an inspiration, musicologist Walter Everett notes that "both arpeggiate triads and seventh chords in C♯ minor in the baritone range of a keyboard instrument at a slow tempo, move through the submediant to ♭II and approach vii dim7/IV via a common tone."] But while acknowledging the unusual shared harmonies, Dominic Pedler notes that the relationship is not the result of reversing the order of the chords as Lennon suggested.

"Because" concludes with a vocal fade-out on D dim, which keeps listeners in suspense as they wait for the return to the home key of C♯ minor. Mellers states that: "causality is released and there is no before and no after: because that flat supertonic is a moment of revelation, it needs no resolution." The D dim chord (and its accompanying melodic F♮) lingers until they resolve into the opening Am7 chord of "You Never Give Me Your Money".

George Martin on "Because":

Between us, we also created a backing track with John playing a riff on guitar, me duplicating every note on an electronic harpsichord, and Paul playing bass. Each note between the guitar and harpsichord had to be exactly together, and as I'm not the world's greatest player in terms of timing, I would make more mistakes than John did, so we had Ringo playing a regular beat on hi-hat to us through our headphones.

The main recording session for "Because" was on 1 August 1969, with vocal overdubs on 4 August, and a double-tracked Moog synthesiser overdub by Harrison on 5 August.[8] As a result, this was the last song on the album to be committed to tape, although there were still overdubs for other incomplete songs. This approach took extensive rehearsal, and more than five hours of extremely focused recording, to capture correctly. McCartney and Harrison both said it was their favourite track on Abbey Road. "They knew they were doing something special," said engineer Geoff Emerick, "and they were determined to get it right." [9] Versions of the song without instrumentation can be found on 1996's Anthology 3 and 2006's Love. Both versions highlight the three-part harmony by Lennon, McCartney and Harrison, though the Love version is lengthened and includes overdubbed birdsong from "Across the Universe".


“The Vocal Chords” are performing 'A Capella' in this version.


“Because” (A Cappella) Video directly

Love is old, love is new
Love is all, love is you