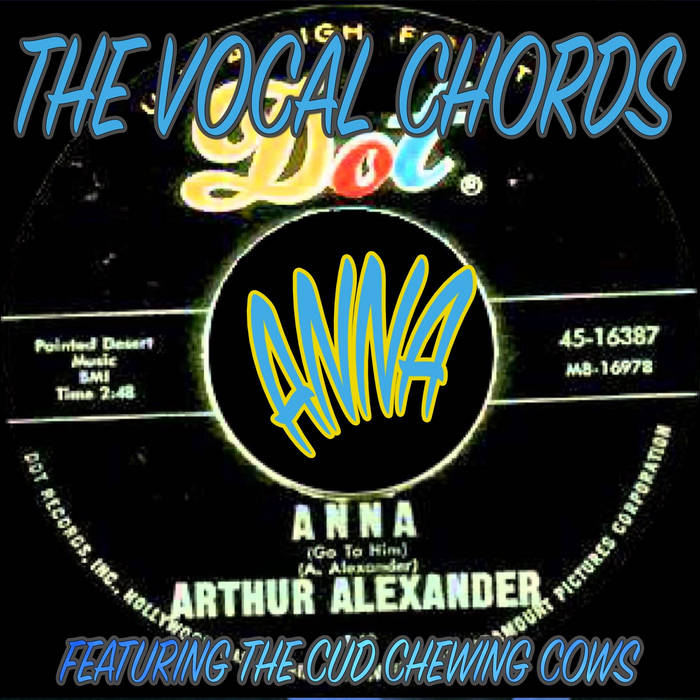 "Anna (Go to Him)", or simply "Anna", is a song written and originally recorded by Arthur Alexander. His version was released as a single by Dot Records on September 17, 1962. A cover version was performed by English rock group The Beatles and included on their 1963 debut album Please Please Me.

According to Richie Unterberger, music critic for Allmusic:

'Anna' was one of the great early soul ballads, even if its loping groove was closer to a mid-tempo song than a slow ballad. Like several of Alexander's songs, it would come to be more famous in its cover version than through its original release. And it was actually a small hit when it first came out in 1962, getting to #68 in the pop charts and #10 in the R&B listings.[2][3]

Critic Dave Marsh rates Alexander's "Anna (Go to Him)" as one of the top 1001 singles of all time.[1] He praises the "gently swinging rhythm," the tough, syncopated drumming, and Alexander's vocal, particularly at the beginning of the refrain, suggesting that John Lennon may have learned to sing ballads like "In My Life" by listening to Alexander's performance.[1]

Despite the title, throughout the song the lyric is "go with him" rather than "go to him".

A personal favorite of John Lennon,[4] it became part of the Beatles' early repertoire and was consequently recorded by them for their 1963 début album, Please Please Me.[5] It is the first song released by the group which specifically names a girl. In the U.S., Vee Jay Records released it on Introducing... The Beatles (January 10, 1964) and Capitol Records re-released it on The Early Beatles (March 22, 1965).[6] Vee Jay also released "Anna (Go to Him)" on the EP Souvenir of Their Visit: The Beatles in the US[7]

The band recorded the song on February 11, 1963 in three takes; Take 3 was the master. It was remixed on February 25.[8] George Harrison played the distinctive phrase on guitar; Floyd Cramer played it on piano for the original.[9]

Unterberger praised the Beatles' version in his review, saying:

Ringo Starr faithfully [replicates] the unusual drum rhythm and hi-hat crunches. Lennon's vocal, however, added a tortured pain not present in Alexander's model, particularly when he wailed in his upper register at the conclusion of the bridges. The Beatles' backup harmony vocals, in addition, were superb, and more effective [than on Alexander's version].[2]

Music critic Ian MacDonald had a different view of Lennon's vocal, saying it sounded like "a passionate youth grappling with a man's song".[9]

As noted in many references including Mark Lewisohn's The Beatles Recording Sessions, Lennon had a bad cold which accounts for the very rough, almost strange tone he demonstrates on all his vocals during the historic session of eleven songs recorded in ten hours, including the last song, "Twist and Shout".

In the episode "Oldies But Young 'Uns" of the TV show Married... With Children, the plot revolves around Al Bundy's struggle to recall the name of the song.[12]

Available on:
Please Please Me
On Air - Live At The BBC Volume 2

A cover version of Arthur Alexander's 1962 soul single, Anna (Go To Him) was recorded by The Beatles during the 11 February 1963 session that yielded the majority of songs on the Please Please Me album.

The song had been a part of their live set since its release in 1962, and was a particular favourite of John Lennon, who sang lead.

The Beatles recorded the song in three takes, the last of which was chosen for the album. Floyd Cramer's piano lick on Alexander's original was played on guitar by George Harrison.

Lennon's passion-fuelled vocal reached a peak during the middle sixteen ("All of my life I've been searching for a girl, to love me like I love her..."); singing slightly above his normal range, it added an emotional depth to the song.

The Beatles recorded the song again on 17 June for the BBC radio show Pop Go The Beatles, broadcast on 25 June. They recorded it again on 1 August; the show was first heard on 25 August.

Anna, girl, before go now
I want you to know, now
That I still love you so
But if he loves you more
Go with him

All of my life
I've been searching for a girl
To love me like I love you, oh now
But every girl I ever had breaks my heart
And leaves me sad
What am I, what am I supposed to do?
Oh, oh, oh, oh, oh, oh

Anna, just one more thing girl
You give back your ring to me
And I will set you free
Go with him

All of my life
I've been searching for a girl
To love me like I love you
But let me tell you now
But every girl I ever had breaks my heart
And leaves me sad
What am I, what am I supposed to do?
Oh, oh, oh, oh, oh, oh